Home
Shopping Cart
Your Cart is Empty
Quantity:
Subtotal
Taxes
Shipping
Total
There was an error with PayPalClick here to try again

My name is Cora Connor, and on April 19, 2012 my family’s life changed forever when my younger brother Herman was diagnosed with renal medullary carcinoma. An extremely rare kidney cancer that has been associated with sickle cell trait. Months leading up to his diagnosis, Herman was experiencing some back pain but being healthy his entire life, he didn’t know what was really taking place inside of his body. He thought it may have been a pulled muscle from working out in the gym, or maybe time to change his mattress. One day he went to the bathroom and saw traces of blood in his urine, so he drove himself to the local emergency room where an X-ray was performed. The doctor told him that he had a mass inside of his kidney that looked consistent with cancer, but he would have to follow up with a urologist to confirm. After several weeks of testing, the biopsy came back positive for renal medullary carcinoma (RMC.)

At that time, the prognosis for Herman was not good, his local oncologist told him that chemotherapy was not an option as RMC was resistant, but they would perform surgery to remove the affected kidney. Six days before Herman’s "scheduled surgery" the doctors in Charleston, SC informed him and my mother that they would not be able to perform surgery and nothing could be done for him there. They advised that there were no treatment centers available to treat people with this rare form of cancer here in Charleston, SC. Unfortunately, no referral centers were provided or offered & he was pretty much sent home to die.

The news was devastating to Herman and the rest of our family and left us feeling hopeless. However, as a family, we were committed to saving my brother’s life. Herman was left with the option of searching the internet in hopes of finding a physician that could treat him. Fortunately, we were able to find that doctor and treatment center at MD Anderson Cancer Center however, they were located over 1,000 miles away in Houston, TX. Thus began the start of our countless trips, every 2-3 weeks, flying back and forth to Texas to obtain treatment for my brother. Without hesitation, Dr. Nizar M. Tannir took on Herman’s case. He has been committed from the first day that we stepped into his office. His acceptance occurred at a time when the local doctors in Charleston, SC, had given up hope and turned Herman away.

R.M.C. Inc., an acronym for Renal Medullary Carcinoma, was established as a result of my brother Herman Connor, developing this rare and aggressive kidney cancer. The early members, realizing the importance, collaborated to form this Nationally recognized non profit organization dedicated to ending premature death and saving lives, through an alliance of education, advocacy and support. After much discussion over the past year, the organizers of R.M.C. wanted to expand their efforts in order to address a need that was apparent as urgent not only in the Tri-County area, but all over the world. Although the estimated time of death from diagnosis of disease has been stated to be 12 months or less, today Herman is still conquering cancer. He is still traveling back and forth to Texas for, scans every three months. As of August 2014, Herman’s scans have been clear of any cancer!

After introducing you to our story, this is why I felt the urgent need to start the R.M.C. outreach organization. The community as well as the world needs to be aware of this cancer and its aggressiveness. By the end of 2009, over 3 million Americans were affected by the sickle cell trait and more than 300 million people worldwide have sickle cell trait (Centers for Disease Control). The vast majority of patients are African American; however there are people of Mediterranean origin, South and Central America, the Middle East, South Asia and some Caucasians with sickle cell trait, who have been affected by RMC. This orphan disease needs immediate attention, as it has not received the public attention that it deserves so that other hospitals will take action to research and provide assistance to individuals affected. To date, I am not aware of any other center doing research on RMC besides MD Anderson. According to Dr. Tannir, MD Anderson currently has the largest number of patients and tissue bank on RMC and are continuing to conduct advanced research on rare kidney tumors including RMC.

It is hard to have an accurate figure of the number of patients diagnosed with RMC annually in the United States, as some of the cases are reported as Renal Cell Carcinoma. Without specification to the type of Renal Cell Carcinoma (RCC). Few researchers have studied such a rare cancer, so doctors still have no idea what drives this disease. Unlike breast or prostate cancer, renal medullary carcinoma is exceedingly rare, and because of this rarity it’s called an orphan disease. The National Institute of Health (NIH) defines an “orphan disease” as one that affects fewer than 200,000 individuals in the U.S. By that definition, my brother’s cancer is very rare. That means that the drug companies who develop most of the new drugs usually can’t afford to focus on these types of cancers; the market is too small, and the cost of developing a drug is so high. These usually overlooked cancers find it exceedingly difficult to get support from the drug industry or the government to conduct research. So patients with a rare cancer like RMC, are left with a poor prognosis.

To date, I have met numerous young adults and family members, locally and internationally through my website, that have been affected by renal medullary carcinoma.

If you or your children have sickle cell trait or sickle cell disease, it is imperative that you are aware of renal medullary carcinoma.

Initially it is very common for people with renal medullary carcinoma to be misdiagnosed with having kidney stones, bronchitis or a urinary tract infection. I cannot stress the importance of getting a second opinion because had my brother not researched for himself, he would not be here with us today. Please DO NOT ignore your symptoms! If you are experiencing constant pain in your side or back, a lump on your side or abdomen, weight loss for no reason or blood in your urine, seek medical attention IMMEDIATELY!

To everyone who has donated on our website, “LIKED” our Facebook page RMC Support, sent encouraging emails and prayers to Herman and our family, spread the news about this disease, or supported us in our fight, there are no words to adequately thank you for your efforts or tell you how touched we are by your compassion. We are grateful to each of you for the love, compassion, commitment, and generosity you have shown our family when everything was dark and there was no hope. If we have learned anything over the last few years, it is that human compassion knows no bounds and that ANYTHING is POSSIBLE. We believe in God’s miracles and will not give up the fight! 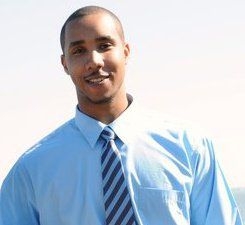 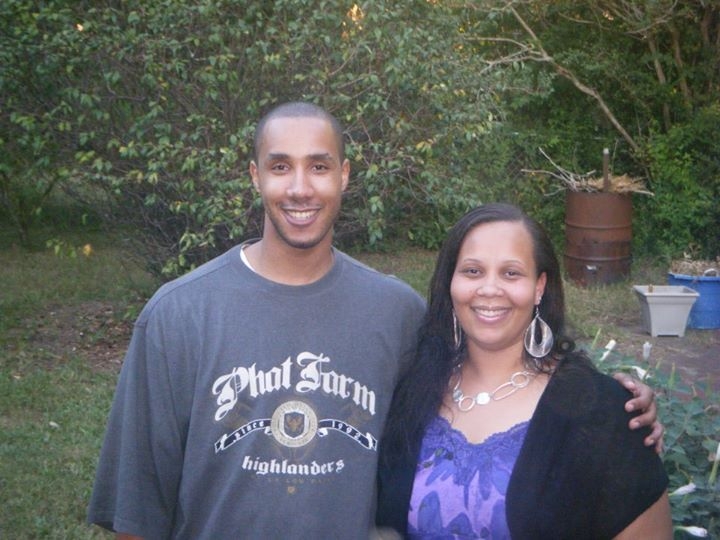 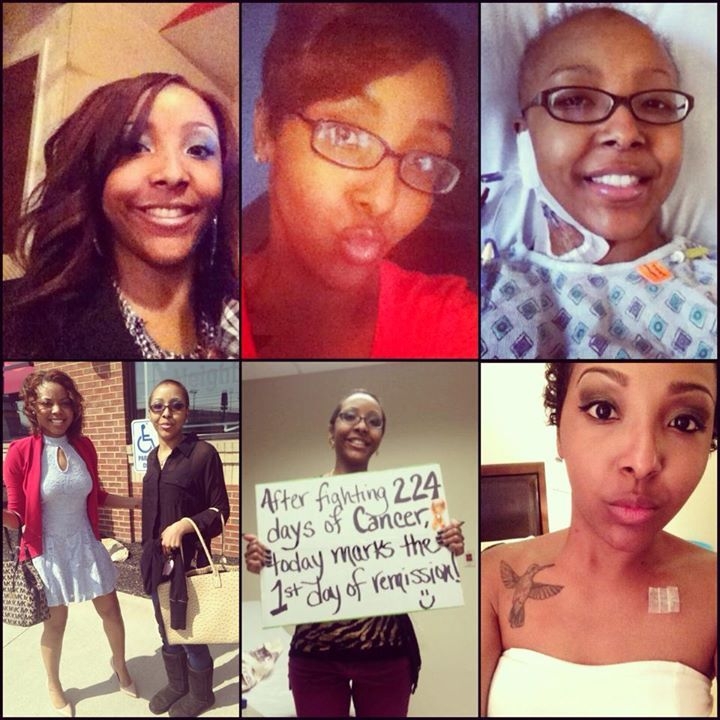 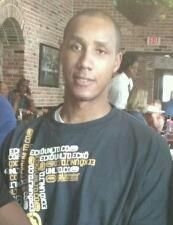 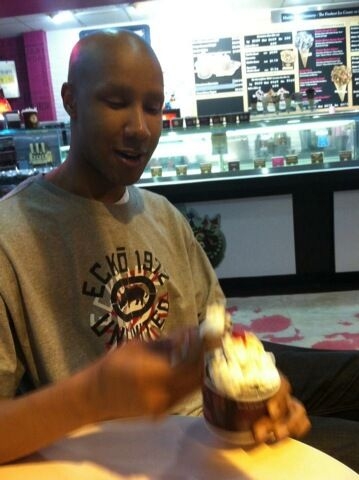 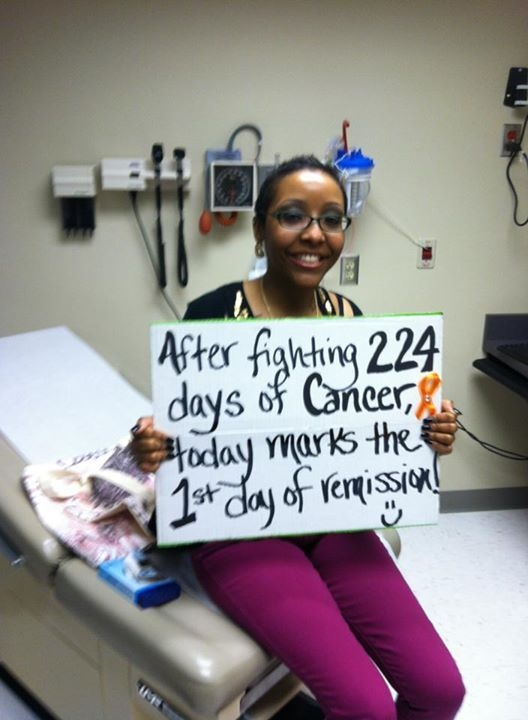 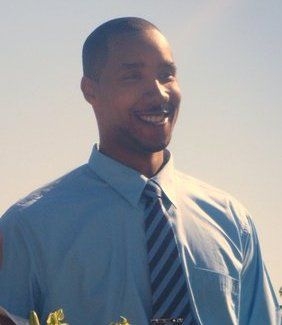 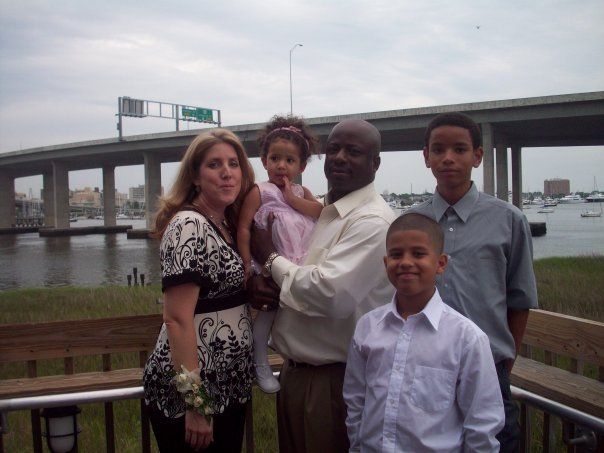